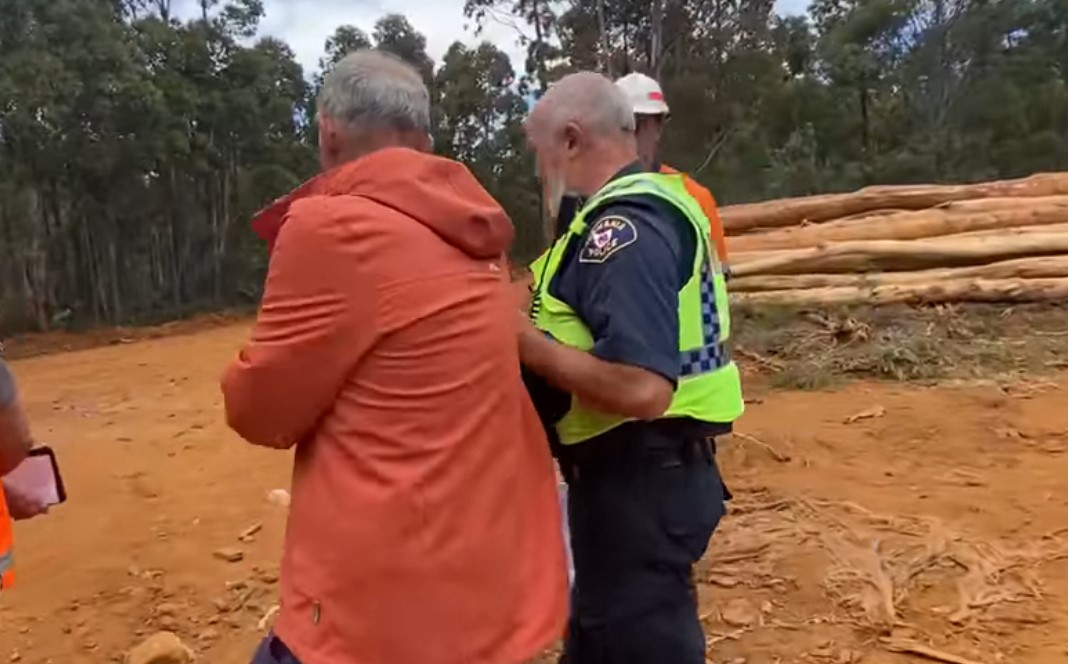 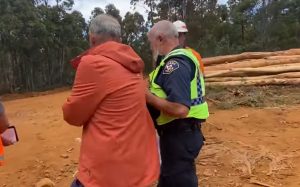 “It’s no coincidence that Mr Brown has used his public profile to help boost ticket sales to a film showing that evening which glorifies his organisation and its illegal activities,” Ms Wilton said.

“The Bob Brown Foundation is a corporate activist organisation which exploits its charity status and catastrophises our sustainable, world-certified timber industry to meet its budget projections.

“We can see no other reason for this sort of unlawful behaviour when activists have already been given so much at the expense so many hard-working Tasmanians’ livelihoods.

“All he is doing is taking up valuable police time, making a mockery of the Australian Charities and Non-for-Profits Commission and putting lives at risk.”

Ms Wilton said she was shocked that Mr Brown had also exploited a minor for the sake of his publicity stunt by risking the safety of a young girl who was put in direct danger.

“Any organisation that would involve a child in a dangerous and illegal activity is devoid of all moral and ethical fortitude,” she said.

“But the BBF has done this so they can market a film. And let’s not forget the need for the BBF to raise $750,000 to employ its staff and pay its rent each year. By last year’s financial figures, that’s three quarters of the money donated to them by the public they deceive with their dishonest campaigns.”

Ms Wilton said it was no surprise to see The Greens Senator Peter Whish-Wilson and Tasmanian Greens leader Cassy O’Connor get in on the act during yesterday’s workplace invasion.

“Like the Bob Brown Foundation, The Greens are losing relevance and that cannot be more obviously demonstrated than to see desperate attention-seeking Greens Senators climbing over unsecured log piles,” she said.

“That is a category 1 breach of the Work Health and Safety Act and we hope that the regulators will recognise that they are thumbing their nose at them.”

Ms Wilton said the forest protests were self serving and had gone beyond reasonable environmental outcomes. “The Tasmanian timber industry is strictly monitored and operates under the most stringent environmental standards, which have been recognised with international certification.

“It also employs thousands of people and supports communities while supplying high-quality timber and fibre products.

“It’s time corporate activists stopped using it to prop up their bloated budgets while wasting valuable police resources and putting lives at risk.”