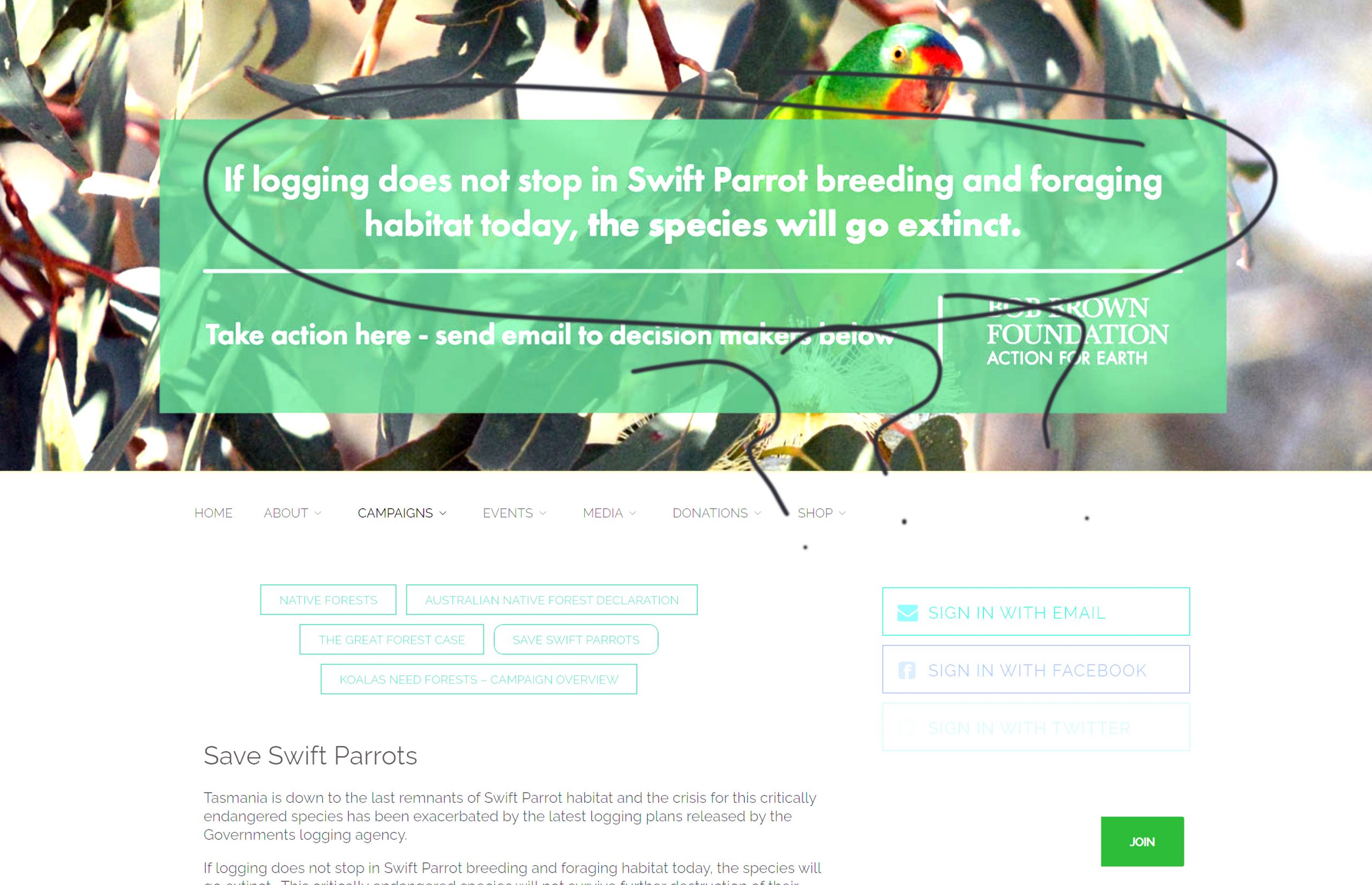 Court should consider BBF’s cynical exploitation of right to protest

Court should consider BBF’s cynical exploitation of right to protest 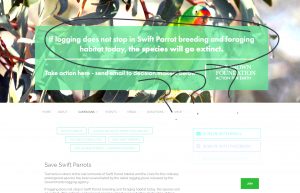 Forest & Wood Communities Australia has called on the Hobart Magistrate’s Court to consider the motivation behind illegal workplace invasions as it deliberates on Bob Brown trespass charges.

He was also joined by The Greens senators during one invasion, just a few months before the State election.

“We hope the Magistrate’s Court, when deliberating on the charges against Brown, considers whether the Bob Brown Foundation is exploiting the right to protest for financial and political gain,” said FWCA Director, Kelly Wilton.

“The action, which was conducted under the pretence of saving the Swift Parrot and which resulted in these charges, appears to be an example of just that.

“For example, the International Union for Conservation of Nature and Natural Resources study on the Swift Parrot shows that the migratory bird travels from as far north as Brisbane to the whole of the southeast of Australia and resides all along Tasmania’s eastern seaboard.

“Yet the BBF website says ‘If logging does not stop in Swift Parrot breeding and foraging habitat today, the species will go extinct.’

“How can you possibly draw that outrageous conclusion given the tiny fraction of Tasmania’s forest which is harvested and regenerated with the utmost care?

“We’ve looked at the most recent Swift Parrot study, which seems to be the basis for Brown’s claims, and it is inconclusive.”

The study, Comparison of three techniques for genetic estimation of effective population size in a critically endangered parrot, states: ‘Estimates of swift parrot population size are mostly based on expert opinion (Garnett, Szabo, & Dutson, 2011) and the true contemporary population size is unknown.’

One of the paper’s authors, Prof Rob Heinsohn from the ANU’s Fenner School, also publicly stated (https://www.abc.net.au/news/science/2018-12-05/sugar-gliders-induce-tragic-love-triangle-in-swift-parrots/10581070) that predation by the sugar glider was the parrot’s greatest threat.

“We hope the Court considers these issues and question whether Brown’s actions have anything to do with genuine environmental outcomes.

“All corporate activists such as the BBF are achieving, beyond perhaps meeting their budget targets, is creating mental health issues for people who work in forestry and lose income as a direct result of these illegal workplace invasions.”