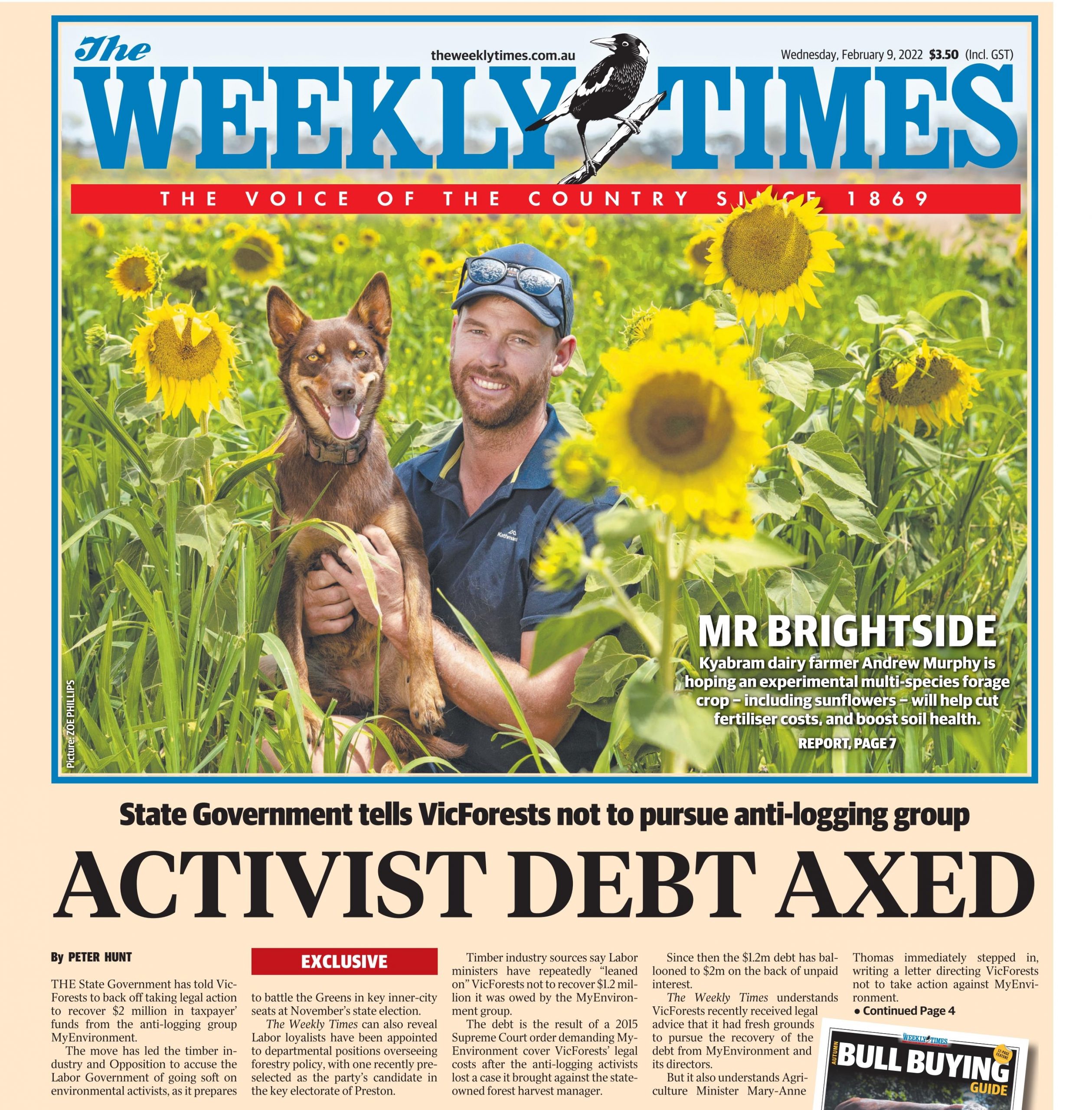 By FWCA Admin10 February 2022Uncategorised
No Comments
Spread the word 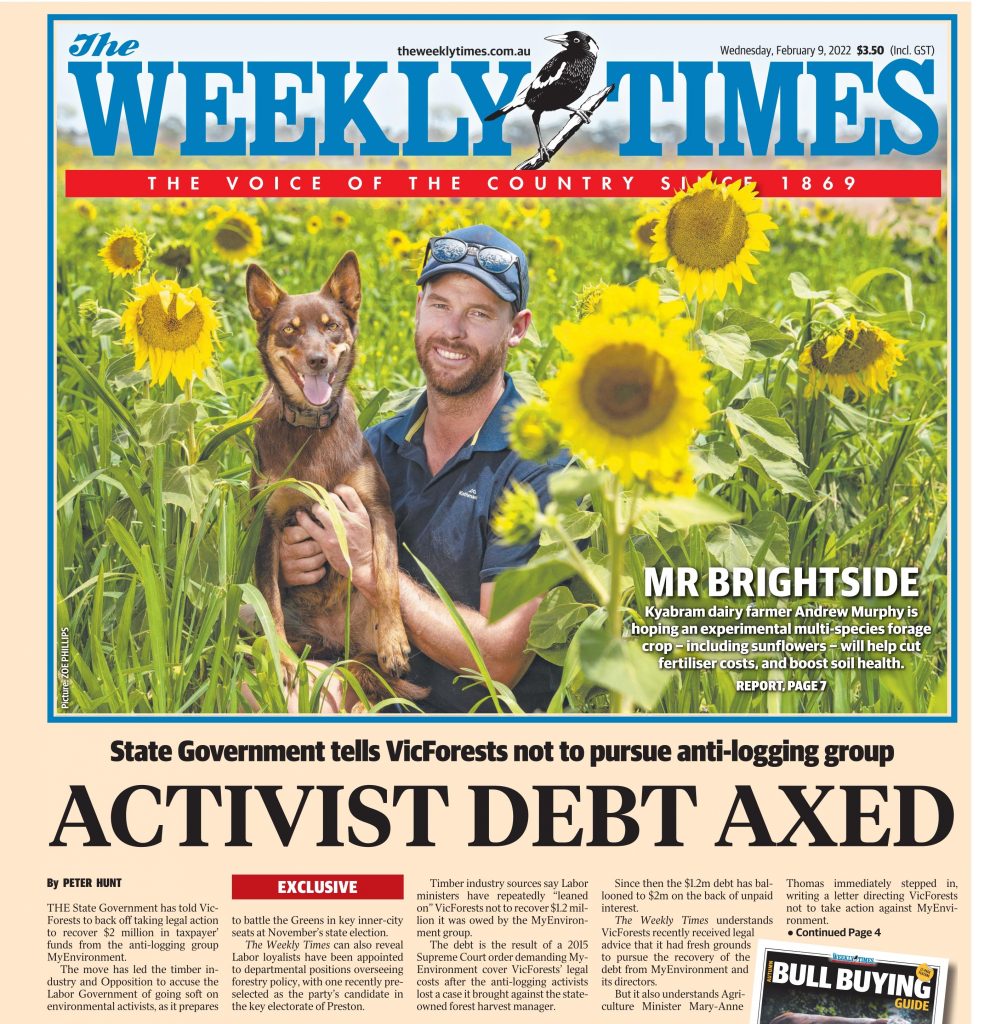 Forest & Wood Communities Australia (FWCA) is calling on the Victorian Government to stop assisting activism and order MyEnvironment to pay its $2m debt to the taxpayer.

FWCA understands from an article which was published in The Weekly Times this week that the Agriculture Minister Mary-Ann Thomas had written to VicForests to direct the state timber agency away from recovering the much-needed funds.

FWCA is lodging a Freedom of Information request for the correspondence to better understand the Minister’s direction and why she has given activists a $2m free kick.

“This is money which could be used to compensate the dozens of families that have received no income since before Christmas, thanks to recent vexatious litigation levelled at VicForests,” said FWCA managing director, Justin Law.

“It is money which could be added to the paltry package offered to the thousands of regional Victorians, who rely on our timber industry, to find new jobs when the Government shuts down its own sustainably managed native timber industry in 2030 for the sake of inner-city votes.”

Mr Law said that the Minister’s sympathy for anti-forestry activists was emboldening them into more court action, which is costing the taxpayer 10s of millions of dollars and tying up the courts.

The failed case in question was brought against VicForests in 2015 by MyEnvironment, whose directors include Great Forest National Park campaigner, Sarah Rees, and Friends of Leadbeater’s Possum President, Steve Meacher.

FoLP went on to take action against Victorian forestry in the Federal Court, which ultimately failed. However, there are currently another 10 court actions against VicForests.

“Instead of freeing up the courts for genuine legal concerns, the Andrews Government is giving activist vigilantes carte blanche to drag forestry into court as often as they can,” he said.

“And when the court finds against the activists, which it usually does, the Minister is ensuring they get off without consequence.”

In the latest vexatious litigation action, anti-forestry activist groups brought Vicforests to the Victorian Supreme Court and succeeded in shutting down 25 production areas three days before Christmas last year, putting dozens of timber workers out of work and leaving their families to wonder about their future.

“The irony is that the activists claim that the Greater Glider is abundant in the timber production areas they targeted in their court action,” Mr Law said. “These areas were all previously harvested.

“It shows that our careful management of the forests leads to long-term positive outcomes for everyone.

“When will Labor governments start recognising forestry as an environmental solution, rather than an opportunity for political expediency?”