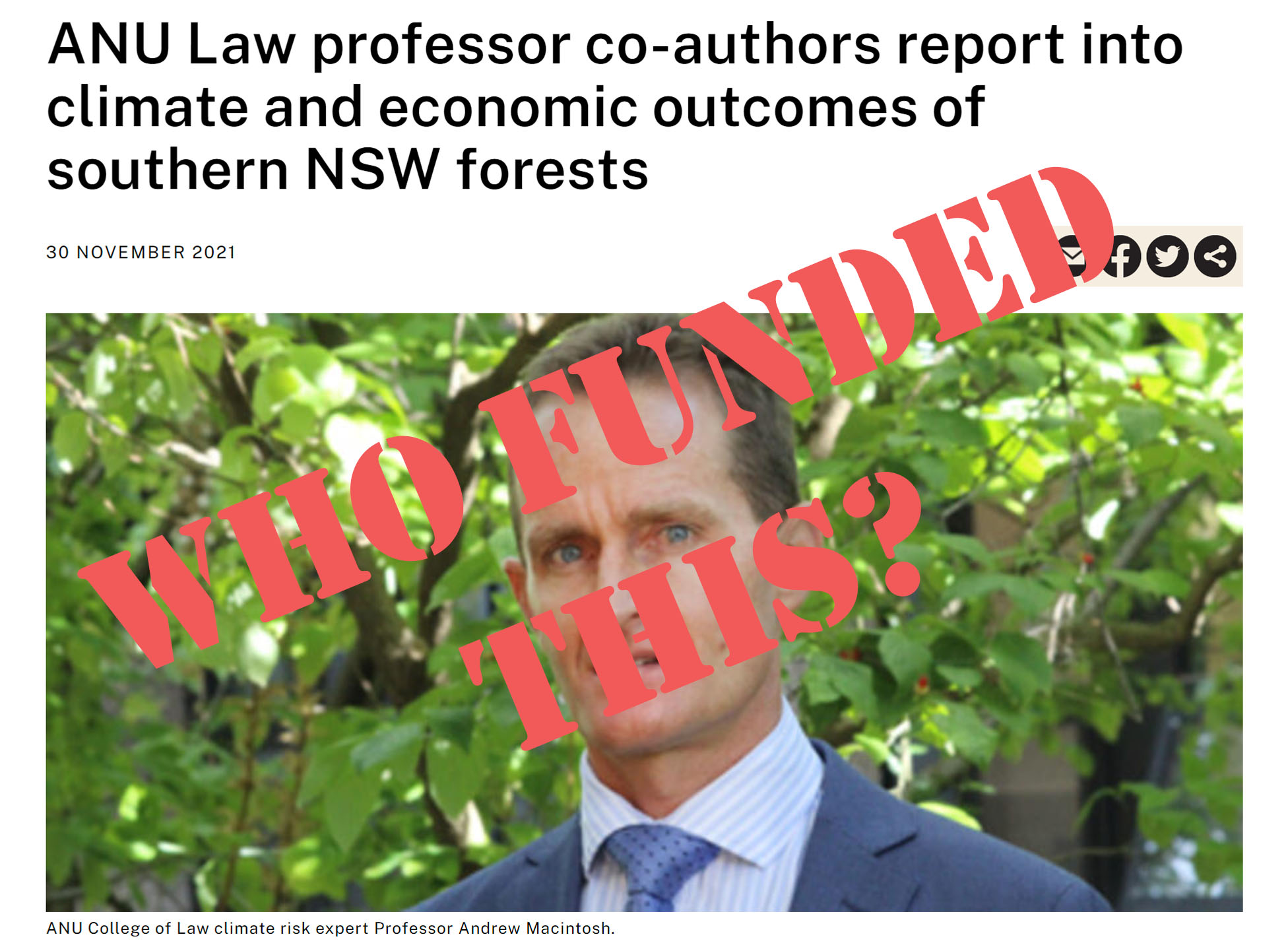 By FWCA Admin10 May 2022Uncategorised
No Comments
Spread the word 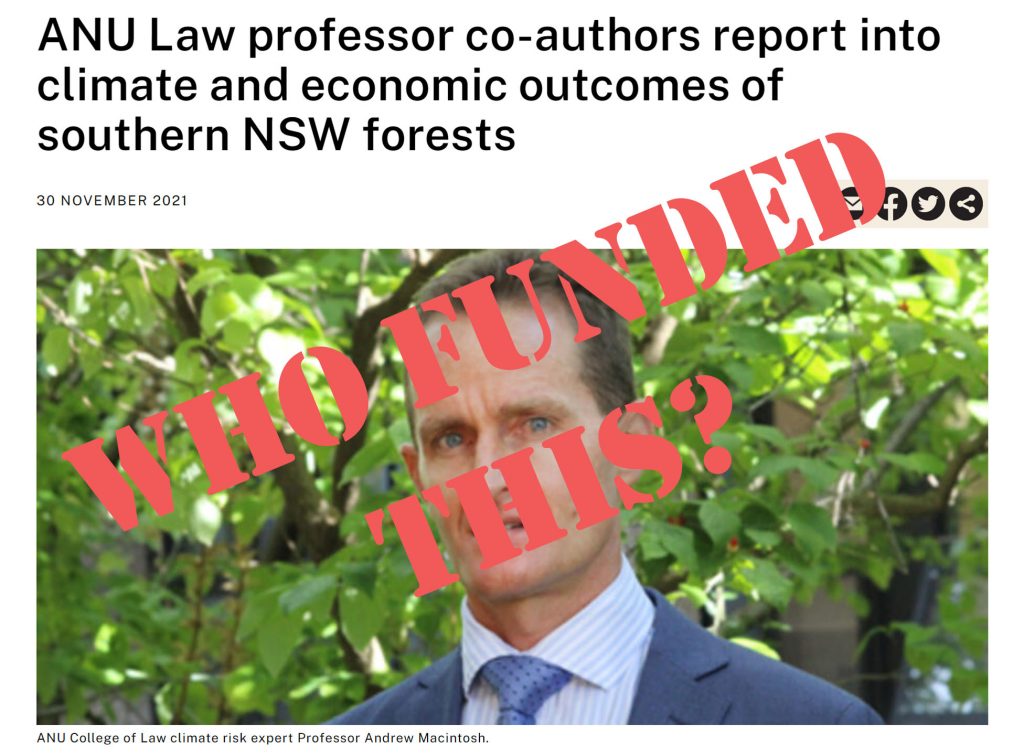 Documents recently obtained under Freedom of Information (FOI) from the Australian National University (ANU) reveal that an anonymous donor had funded a cost-benefit analysis on the cessation of native forest harvesting in the Southern Forest Region of NSW.

The final report Comparing the Value of Alternative Uses of Native Forest in Southern NSW was released on November 30, 2021.

The report concluded, “when compared in today’s dollars, the incremental benefits of ceasing native forest harvesting are higher than the incremental costs by $61.96 million.”

Among other flaws, the report did not consider the cost of negative flow-on economic and social impacts of the proposed industry closure. These costs were not considered, as they were outside the scope of the study.

The report suggested displaced forest workers “would transition employment in other sectors of the local economies.”

However, table 10 of the report showed that employment in accommodation, food, arts and recreation in four of the five local government areas most affected by any closure had fallen in the five years prior to the release of the report.

Due to a number of obvious flaws in the economic and other analysis, a co-author and manager of the Frontier Economics consultancy, law Professor Andrew Macintosh was contacted for comment.

An email was sent to Professor Macintosh and copied to ANU Chancellor Bishop and Vice Chancellor Schmidt on December 9, 2021.

The email detailed a number of major deficiencies in the report and sought comment from Professor Macintosh. As none of the email recipients responded to concerns raised, an FOI request was lodged with the ANU on December 21, 2021.

The FOI request was seeking emails, letters and other background documents relating to the writing and publication of the report. The initial request was refused, as the ANU claimed the scope had identified at least 2210 documents.

On 15 February, a revised scope was again refused, as it had produced approximately 1400 pages of potentially relevant information. After a further revision of the FOI scope, a total of four documents were released on April 11 and May 5, 2022.

Given the many flaws identified in the report, our members and supporters were most concerned that if the funding had come from the Australian Research Council, tax-payers money may have been wasted.

Unfortunately, the amounts paid to Frontier Economics for the cost-benefit analysis on the cessation of native forest harvesting in the region to quantify to the impact of the project on social welfare, were redacted. No other budget information was supplied.

The Research Services Agreement revealed that a donation had been received by the ANU to fund the report. Given the scope of the report, it was a surprise that the contract had been signed by two members of the ANU College of Law.

Following an earlier FOI request, an ANU Professor complained to the media that the FOI process was being used to “shoot the messenger.”

An unnamed ANU spokesperson also stated, “We would be deeply concerned if external forces were attempting to gag our researchers from speaking to the media, especially if it was motivated by a disagreement with the research or scholarly ideas produced by our experts.”

It is not the intention to shoot the messenger or gag researchers. In August 2021, ANU Vice Chancellor stated that “ANU researchers’ ideas needed to be subject to robust scrutiny.”

Given all dialogue in the 28 emails released under the initial FOI was redacted, we thought the ANU reaction to our FOI request was a gross overreaction.

When academics are responsible for producing research outputs that are out of step with decades of experience or there are flaws in what is produced, we make no apology for using FOI requests as part of a process of robust scrutiny.